Genrikh Moiseyevich Kasparyan was a railway engineer by profession but is considered to have been one of the greatest composers of endgame studies. He was awarded the titles of International Judge of Chess Compositions in 1956 and International Grandmaster of Chess Composition in 1972, the first composer to receive this title from FIDE. He wrote several books and collections and composed about 600 studies, many on the theme of domination, winning 57 first prizes. He won the USSR Composing Championship several times. Kasparyan was also an active chess player, winning the Armenian championship ten times. He also reached the USSR Championship finals four times. Kasparyan was born on 27 February 1910 and Armenia issued a postal stamp featuring him on his birth centenary in 2010. Let us celebrate his 112th birth anniversary with some interesting tour of knight on 8×14 (= 112) board. Readers of PAT A MAT are well aware of the millennium old knight tour puzzle. The challenge is to move a knight on an empty board so that it visits all the cells only once. Figure 1 is a magic tour of knight on 8×14 board. Here sum of all the columns is 452 and that of the rows is 791. 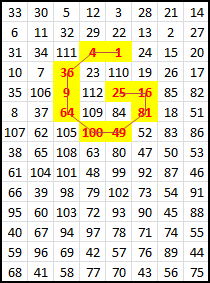 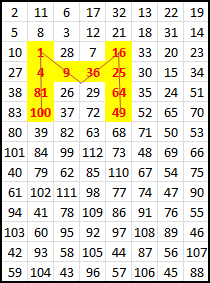 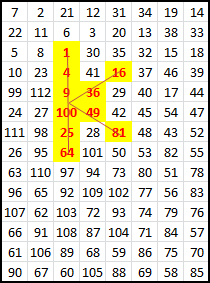 Figure 3 is the prettiest of all. Here all the consecutive square numbers are in knight path and the line joining them makes heart shape — the universal symbol of love. 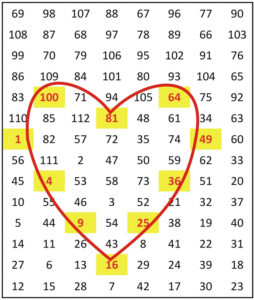 The article is dedicated to G. M. Kasparyan. We love, adore and admire him. Physically he is not with us but will always be in our hearts and memories.